by Kalpana Verma
in Lifestyle
0 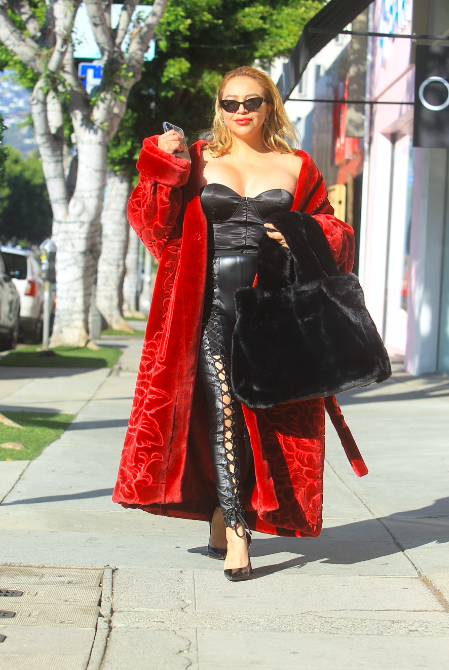 Barbara Lizzet Sanchez tirelessly uses her talents as a publicist to gain traction for her clients’ work and projects, and she pours the same amount of passion into raising awareness for the causes that she holds close to her heart. Barbara enjoys diving into her community to lend a hand where it’s needed and aims to be a voice for many who may not yet have one. From being an activist to a mentor, and plenty of other things in between, Barbara actively seeks out new ways to pour her love into those around her.

Barbara quickly found that she began to repeat the same home cycles in her adult life after having grown up in a dysfunctional household. In being in a relationship involving emotional abuse, which later escalated into physical abuse, she realized that she had much more to offer the world and more extraordinary things planned for her future. Through much support of her close friends and family, she was able to rediscover a passion she remembered having as a child, social activism. Barbara now shares her story of her experiences of domestic violence with the world to help other women in similar situations as her own. She now works with The Bella Foundation, an organization that is focused on supporting families that are struggling with domestic violence. It’s a cause that Barbara holds very close to home. She has hosted events, such as the Celebrity Basketball Game, for the Bella Foundation as well as made television appearances allowing her to give her testimony of the abuse she endured and what ultimately lead her to leave the toxic situation.

In addition to domestic violence causes, Barbara advocates for other social causes such as farmworkers, social injustice, and voters’ rights, to name a few, and has dedicated her time and knowledge to several organizations within those causes including the United Farm Workers, Freedom 4 Youth, League of Badass DoGooders, and many others. In June of 2020, Barbara participated in the Black Lives Matter peaceful protests, standing on the frontlines and encouraging attendees to vote in the upcoming election. She helped many of those attendees register to vote. In the same month, Barbara was out honoring the hardworking farmworkers in the California Valley, partnering with UFW and Fifty150 to host a pandemic-safe drive-thru event, showing appreciation for the men and women out in the fields. Barbara knows politics are an effective way to bring change and prides herself on not only making voices heard but helping make a difference in someone else’s life.

Barbara enjoys being a helping hand in the community and is not afraid to speak up for those who feel as though they do not have a voice. She is a mentor to many, from young publicists to domestic abuse survivors to at-risk youth. She gives herself to her community, making herself accessible to those who are struggling, without much desire to be acknowledged for it. Barbara strives everyday to create a world where everyone can be free and live peacefully, and even with a hectic schedule will always find a way to pour her love into others.