In this day in age, becoming famous and creating a large public image is a dream to most. Why do some struggle to acquire this? Everyone wants a shortcut and easy way out. It seems those who persevere, humble themselves and stay true to themselves are the ones who win. These personality traits come from real heroes and hard workers. Earning this kind of fame and celebrity status through and through are the toughest and most righteous. One such person is Nick E. Stahl.

Born in Philadelphia, Pennsylvania in 1996, Nick E. Stahl is a fitness influencer and a health & wellness enthusiast. He has been a fitness freak and active person since his childhood. He liked roller blading and you may still catch him rollerblading the coast next time you visit beautiful Southern California. It has been his favorite form of cardio, keeping his cardiovascular health up. He also is an avid deer hunter, returning to Pennsylvania every fall. Along with his dad and other members of their hunting camp. He was brought up in Oxford, Pennsylvania which is located in Chester County. He used to travel all across Pennsylvania, whenever his family had the chance. He also loved boating, where he acquired skills like, water skiing, fishing, and many others as well. This was how he used to spend his summers growing up.

His father played a great role in shaping his active lifestyle. It started when he was in the 8th grade when he developed an interest in weightlifting. His father set up a weight bench for him and showed him the right movements to start with. This all led to him perfecting his physique and a great interest in staying fit, influencing and helping others get fit and stay healthy. 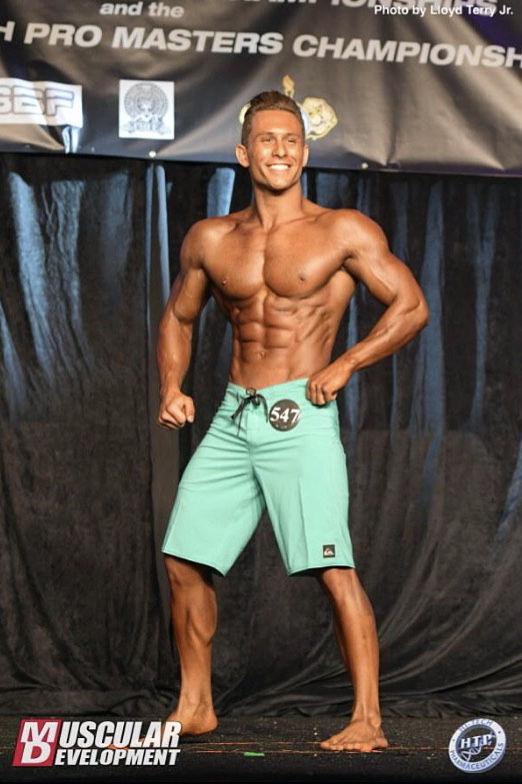 In 2018, Nick was nominated for the World’s Social Media Influencers Awards overseas in Monaco. This was the first award function of its kind. Nick has competed in 7 bodybuilding competitions and is a two times Nationally Qualified Men Physique Competitor, qualifying on both the east and west coasts in the United States. Nick’s Instagram handle @nickstahlofficial has been valued in the top 1% influencers in the fitness community. Nick has developed a huge brand in the fitness industry coined UnSTAHLable, derived from his name and the word unstoppable. He built the website and has published over 300+ blog articles to educate the masses.

Nick enjoys watching movies and studying the actors on scene. He is highly inspired by Channing Tatum and James Franco. Once he established himself in Los Angeles, with a big thanks to his success as a personal trainer. He then jumped into his first acting class where a new passion and dream arose. He is now pursuing a career in acting. He has taken several acting classes thus far in his career which led him to be signed by Mike Gerard at Esprit talent Agency aka as ETA.

Nick is completely devoted to his work and has constantly shown an interest in whatever he is doing. Nick’s charm and attractive personality are not the results of a single day’s work but a comprehensive and continuous effort in one soul direction. He is a vessel that will guide you and motivate everyone along the way. The youth in today’s information age need a role model like him. They too can pursue their dreams with the same Never-Stahlin type attitude. There is.. as Nick would say, No Time To STAHL!

Meet ShyMoney EMS, a New York Based Rapper, who has Created a Strong Wave of Drill Music

Meet ShyMoney EMS, a New York Based Rapper, who has Created a Strong Wave of Drill Music