by Anil Awasthi
in Business
0

In today’s competitive business world, finding a niche is the key to connecting with customers who truly value your product and can help your business grow.

Kim Constable knows this better than most. Just four years ago, this Belfast native was a down-and-out yoga teacher struggling to eke out a living. Fast forward four years and her global online business The Sculpted Vegan is bringing in eight figures and helping millions of people worldwide.

By tapping into her passion and identifying a unique niche, Kim was able to create a solid following and propel her business to unimaginable success.

The desire for financial freedom

Like most entrepreneurs, Kim didn’t start out with a stellar idea that instantly took off. After graduating from university, she took on a number of roles, each more unfulfilling than the last. For example, as a marketing executive, she quickly realized she was doing more pencil pushing than actually learning the ins and outs of marketing. Later she took on roles as a medical secretary, sales representative, portrait painter, and restaurant manager in a hotel.

“I’ve always been an extremely hard worker,” Kim says. “I would go above the call of duty, but I never felt valued in my jobs. For example, as a restaurant manager, I worked over 100 hours a week and I would even sleep in the hotel, but no one ever told me I was doing a good job. I was never offered a pay raise, bonus, or any type of recognition. If someone would have appreciated how hard I worked, I would have been loyal for life, but no one ever did.”

By the time Kim had her fourth child, she knew that it didn’t make sense for her to go back to work for other people who didn’t acknowledge her tenacity. “I knew if I wanted financial freedom and to really make a difference in the world, I was going to have to do it myself,” she says. “I knew I needed to do something from home that would give me extra income and could potentially grow into something bigger.” 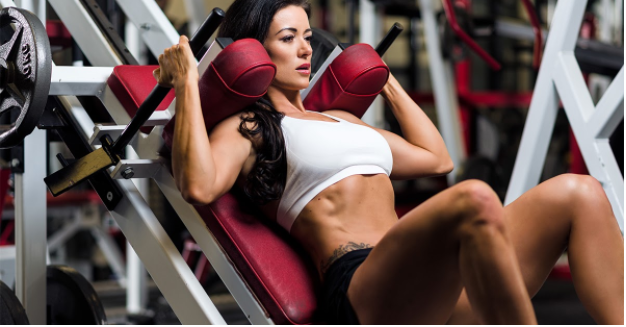 Kim’s initial thoughts were to start an online business, so she began studying internet marketing. One of her first ventures was a website dedicated to teaching other stay-at-home mothers how to start their own online businesses. The venture was a complete flop. Although the market was there, the niche was too broad. On the plus side, Kim learned a great deal about online marketing that would serve her well in the future.

As Kim continued to search for online business ideas, she delved deeper into her passion for health and fitness. She had already been a vegetarian for 10 years and decided to switch to a fully vegan diet. She also became a qualified yoga teacher and began teaching private sessions and yoga detox workshops. At the time, she was proud of herself for being extremely lean.

“I was doing yoga about two to three hours every day and eating only 1,200 calories a day,” she says. “I was skinny but strong. However, one day I was walking past the mirrors in my yoga studio and I happened to glance at my glutes and was horrified with what I saw. I was 37 and my skin was starting to sag. I realized that I couldn’t lose any more body fat. I was as thin as I could get, and I knew that the only way I could change my body was to build muscle.” 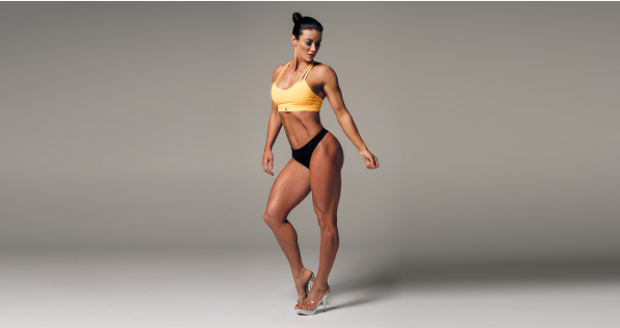 Kim immediately sought out a weight-lifting fitness program and started going to the gym. The more she trained, the more her body changed and the more she realized that being in the gym was where she was happiest. Her goal soon changed from simply building muscle to training for a fitness competition. She found a trainer who worked with fitness models and he agreed to put together a workout plan. The only thing he couldn’t help her with was her nutrition.

“The first day I met with my trainer, he told me he had never trained a vegan before, so he wouldn’t know how to advise me on diet,” she says. “I told him I could do that part myself. When I went home and Googled ‘vegan women’s bodybuilding’ and ‘vegan female fitness athletes’, I came up with nothing. All I wanted was a scalable plan I could follow, but it didn’t exist. That’s when a bell went off in my head.

“I thought that if I was looking for a vegan bodybuilding plan and couldn’t find it, there must be tons of other women looking for it too, so if no one is doing this, then I’m damn well going to create it myself. Veganism wasn’t even on the rise then. Maybe a little bit, but not like the craze it is now. Still, I knew I had a good idea and that I had to create a program for myself and for others.”

From that point on, Kim made it her mission to craft a complete online bodybuilding plan geared towards vegans. She recorded all of her workouts and meal plans and drew on her own experiences training to be a stage physique athlete. Just one year later, Kim won her first bikini bodybuilding competition. A few months after that, she launched The Sculpted Vegan. It brought in $52,000 in its first launch and over $1 million in its first year.

Providing value for your niche market

Much of Kim’s success has stemmed from her deep understanding of what her target market wants and needs. She knows that her customers need a program that is tough so that it will actually produce results, yet at the same time they want someone who will guide them through it and give constant support. She also knows that in her niche people are often trying something new, so they can be particularly vulnerable, and that’s why the human element is everything.

“My dad taught me how to be a good salesperson,” she says. “He was a car salesman, but he was never interested in just making sales. He was more interested in making friends and customers for life. That’s something he’s instilled in me. I love taking care of people. It’s my highest value and always has been. I’ve always wanted to make people’s lives a little bit better.”

The Sculpted Vegan now offers customers over 10 digital fitness programs, as well as one-on-one coaching programs, an app for meal planning and coaching support, and an inspirational podcast. Soon to come are a custom fitness clothing line, online courses for nutrition, bodybuilding, and fitness, and a certification program for coaches who want to follow The Sculpted Vegan business model.

Kim also believes that honesty and integrity are the keys to successful niche branding. “I don’t pretend that my programs aren’t hard,” she says. “I tell people straight up that if they’re not willing to work hard, don’t buy the programs. I think this shows people that I’m not just trying to sell them something. One of the most terrible things you can do is try to sell somebody something that’s not right for them.”