No Result
View All Result
Home Law and Order

by Anil Awasthi
in Law and Order
0 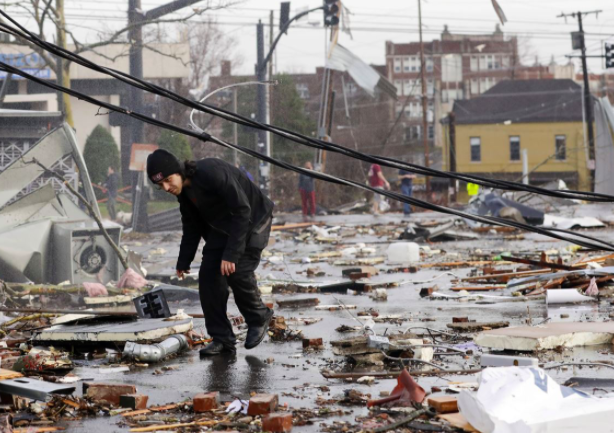 The night of March 3rd, 2020 was disastrous for many counties across Tennessee. Over the course of a couple of hours, a fierce convective storm developed which launched tornadoes throughout the state, ripping through many parts of Nashville. The aftermath has all working as Nashville Public Adjuster scrambling to assess the costs in damage. Unfortunately the wounds are still fresh and several private businesses and agencies are all working to calculate damage costs.

Factors to consider when hiring an accident lawyer

The tornado that ripped through Nashville was especially destructive since it hit at a very vulnerable hour– midnight. As residents slept, deadly twisters were forming nearby which eventually reached the capital and pushed through the streets. The tornado eventually reached 175 mph winds which easily destroyed many homes, cars, power lines, and more.

According to Brendan Schaper, a meteorologist from the National Weather Service, “This is how tornadoes happen. A lot of time in Middle Tennessee we see lines of strong to severe storms. Within those lines we can get quick little spin-ups. Those little quick spin-ups usually don’t offer us as much lead time because the tornadoes happen quickly and then they are gone.”

Beside strong winds, the storms also caused golf ball-sized hail to fall over the city, smashing windows and breaking shingles off roofs. One area that will keep those working as a Nashville Public Adjuster busy is the John C. Tune airport, which is looking at $93 million in infrastructure damage. Specifically, parts of the terminal, hangar and airfield are in pieces and over 90 aircrafts destroyed as a result. Despite the effects of this disaster, the airport opens later this week and resumes service.

Tennessee State University was also among the victims of the tornadoes on March 3rd. Nashville Public Adjusters estimate $20 million in damages after several buildings from an agriculture farm outside the university were completely wiped out. Apart from building damage, two calves were killed and several goats were left injured. “Right now we’re trying to make sure the animals are sheltered, secured fence-wise, and that they have water and feed,” said Dr. Richard Browning, the university’s lead goat researcher. However, because students were on spring break vacation, there were no injuries.

Despite these figures, the total extent of damages from the tornadoes are still unknown. Many agencies, including several Public Adjusters of Tennessee, are waiting for the state to lift restrictions on many areas so they can begin working and estimating. Emergency management is still trying to find many that are unaccounted for, and there are also many risks in disaster areas. However, inspections are scheduled to begin surveying commercial and residential areas struck by the tornadoes.

This has been one of the deadliest events in Tennessee history. In fact, the tornadoes that passed through Nashville traced the same paths of previous twisters in 1933 and 1998. Unfortunately, 25 people were found dead, and many more still waiting to be located. The National Weather Service has not yet completed their damage surveys and Nashville Public Adjusters are on standby to decide the total costs of the disaster.

Factors to consider when hiring an accident lawyer

Nakase Law firm, one of the finest law firms in California for business lawsuit and personal injury

What Can You Do with a Journalism Degree