Meet Big Greg: an Award Winning Artist with a Debut Album out in July

Big Greg has been going since 2010 by releasing a series of mixtapes while he was in college, he has been releasing songs since then and has received a total of eight awards so far since 2015. His music has been best described as genre-neutral; his debut album is out July 16th and features a few different song styles like rock, rap, hip hop, and others. He is just out here to do what he loves and be who he wants to.

“I really love getting to explore different sounds and lyrical compositions in my music,” Big Greg says. “Winning those awards are so great and I’m really putting in the work to make sure I get to keep doing what I’m doing. I don’t release something unless it’s something that I want out there. That’s what is important to me and who I am.”

When he first started in college, Big Greg would perform around campus during student activity events and anywhere in the city that permitted him. During this time, he began to draw many comparisons to Drake because he could easily create catchy lyrics in addition to singing on tracks. His first major single, “Like A Stripper”, received regional acclaim around the south, which led to many tours. Greg‘s first award came in 2015 as he won the Hip Hop artist of the year at the Charlotte Music Awards International (CMAI). Later that year, riding off his new single and performance from the CMAI, Big Greg sealed a Hollywood Music in Media (HMMA) nomination, for his new hit single “Like A Stripper”. In 2016, Greg nabbed the Matador Green Energy Drink theme song contest, which plays his theme song and all of their functions and fully sponsors his performance events anytime he performs around the country. That same year (2016), his follow up single “You Can Have It All” won the Hollywood Music in Media Awards (HMMA) for song of the year in Hollywood, California. His 3rd single “Oh No” did really well in the south and managed to get FM play which is why he has big expectations for his 4th single “Hands Free” featuring label mate and social media icon LaTruth was released on March 26, 2021. His upcoming EP titled “#G4” which is set to release on July 16, 2021.

Big Greg, a Raleigh, NC native has always had a passion for music and entertaining. Greg started playing the drums at a young age but Hip Hop became his passion. Participating in college freestyle sessions, Greg would come up with the best punch lines which created his nickname, The Punch Line Kid (P.L.K.). Greg incorporates memorable lyrics with a laid back flow and dope hooks without the use of profanity. 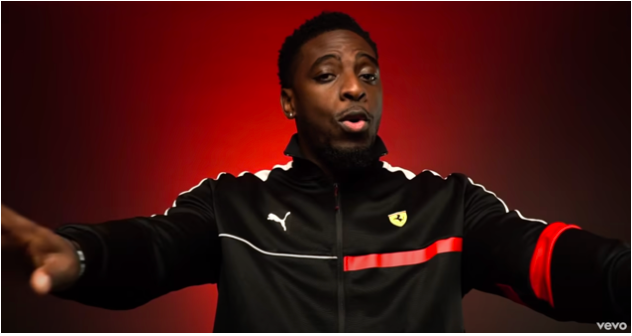 Greg, a family man, is a proud father of his son who inspires him to push harder. His dedication to his craft comes from his life lessons and his ability to create music in a way that makes you feel good and that you can groove to. Greg uses his music to help him through life situations and the ability to press on. With his talent, drive for success and passion for music, Greg is on the rise as the next Hip Hop legend.

His debut album is going to be released on July 16th, perfect timing for those crafted summer playlists. “#G4” is his most diverse sound yet, with hip hop and rap, rock, and other sounds to create a unique experience. Focused on the themes of introspection matched with catchy hooks, the album is mature and even heavy when it comes to content and his experience with love and loss, struggle and growth, nostalgia, and moving on. Big Greg is a heavy hitter when it comes to the emotional side of his album and the reflection. He knows where he is going and what he wants and he’s going to keep working until he gets it.

Check out Big Greg’s Music on Spotify and Apple Music and mark your calendars for July 16th when his new album ‘#G4’ is out.

For all inquiries and bookings, email Cody Logan with Manafest Music at manafestmusicqc@gmail.com

How to Remain Passionate as a Startup Entrepreneur

The Best Uses For a Foam Bolster Pillow

The Best Uses For a Foam Bolster Pillow

Hundreds of Work From Home Opportunities Available on WorkFromHme

How Is Business Manufacturing Tech Evolving?

How is American Football faring in India Today?

How live technology and cryptocurrencies are taking over the gambling industry

How come online gambling has seen such a massive spike in interest?

How does technology impact the gaming experience?

TestoUltra Reviews – testoultra benefits, ingredients and where to buy?

The Right Reasons to Post your Videos on Tutebutte

Home Businesses You Can Run From Your Kitchen

Motivational Speaker & Growth Coach, Amanda Bonnell, Leads her Clients down a RUNWAY to Abundance in Business and Life

David Seruya – Business Advice for 2022 “Don’t Fall in Love With a Single Idea!”

Travis Shyn Set To Release His Next Single, “Be in your Dreams”