Vigilante got the call from Homicide Hunter

June 22nd, 2019 Vigilante received notice that the Investigation Discovery series Homicide Hunter was interested in featuring him as a day player character in season nine. After sending in for the day player role of ROCK Vigilante was recasted as the lead Ken Eatman. Ken Eatman got tangled up in a bad situation keeping the wrong company and not speaking up against them. You can find the episode on YouTube under the “Homicide Hunter: Lt. Joe Kenda” YouTube channel.

June 26th, 2019 is the date that Vigilante filmed his first scene as the lead on the Investigation Discovery series Homicide Hunter (Season 9, Episode 8). Vigilante tapped into the character Ken Eatman effortlessly but knew he had his work cut out for him. Being featured in a series as a day player has a totally different feeling from a lead that has to carry full episode or projects and vigilante felt it his first day on set. If you’ve seen the cast list for this particular episode but couldn’t find his name its probably because in the acting world his government Remarcus Steele is used more.

We asked Vigilante what it was like filming with Carl Marino (the lead on every episode of the series playing Joe Kenda). A big smile came across his face as he began to tell us a story about his 1st day on set. He said “I was going over my script near crafty when I heard someone ask me if I needed help getting my lines down”. The person turned out to be Carl Marino. Vigilante was shocked that someone who had led the series for 9 seasons was even speaking to him let along offering help. Vigilante accepted the help and memorized more dialogue than he was used to in one setting. Vigilante was also happy to be working with a few of his Atlanta peers that had started his acting careers with. 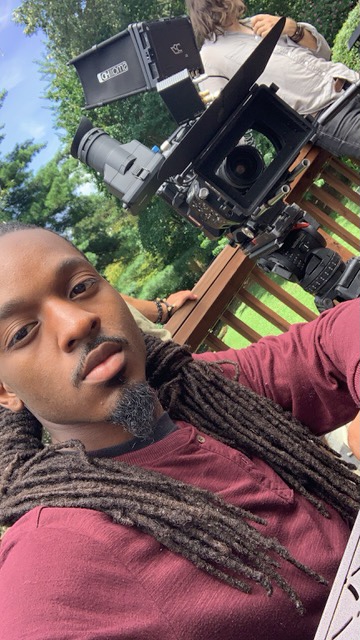 Filming this particular project made Vigilante’s 3rd time traveling to Knoxville, TN. Vigilante would go on to make at least five more Knoxville visits on various other reenactment shows. Vigilante’s favorite part about traveling to Knoxville is staying in the 4-5 star hotels, exploring the city and using the bookings as vacations.
Vigilante gives us the little time he has in-between shooting multiple film productions and touring his new upcoming single. His words were “Being from a small town where opportunity is rare I like to take full advantage of the blessed position that I’m in. Being on tv, radio and magazines is almost unreal but this is just the beginning.”

You could tell that Vigilante only wants to see his family and loved ones successful. With everything going on with this guy, we don’t see how he gets a break seeing he’s always giving everything he has to his peers and business partners. To keep up with his career please visit him on all socials platforms @VigilanteLOM and subscribe to his email motivation at www.VigilanteVision.net You will not be disappointed.

Tune into Vigilante’s Instagram account @Vigilantelom for inspiration and to keep up with everything in his career. Also follow him on Snapchat and Twitter @VigilanteLom to keep up with how you can contribute in his community acts. In you want to catch up on all of Vigilante’s music, interviews, promotional visuals for his upcoming movies and advice on how to make it in the industry on his YouTube at Youtube.com/VigilanteVisuals.

Nakase Law firm, one of the finest law firms in California for business lawsuit and personal injury

Steve Trang Has A Helping Heart That Is Unlike Many Other Entrepreneurs. Find Out More About Him Below

Leading the cannabis and music industry both to the top is entrepreneur Enas Barkho.

Helena Sheds Light on Life as an Unsigned Artist

Peabo J is making buzz in the Musical Industry

The Emerging R&B Artist, Calvin Ross, Hopes to Gain Momentum and Expand his Fan Base with the help of his Latest Remix “Dueces”

How Tiana Burse is Trailblazing During an Unstable Economy

The success of a lifestyle entrepreneur, Allen Blue Semerjian bringing his belief into action

Antonio Roulet, an Emerging Music Star, Creates Music to Inspire his Audience to Dance on its Feet

Here Is All You Need To Know About Gun Hudson The Global Tax, Financial Freedom And Investment Advisor