Schumpeter once described women entrepreneurs as “those women who innovate, initiate or adopt a business activity.”

That is, perhaps, a very simple and fundamental way of describing female entrepreneurs. But to those who poured their blood, sweat, and tears into the ‘Women Gone Wild’ book and summit, women entrepreneurs are seen as ‘wild’.

The concept of women being ‘wild’ in the world of entrepreneurship is best summarized in the ‘Women Gone Wild’ movement. Through the ‘Women Gone Wild’ summit and the newly-released book titled ‘Women Gone Wild: The Feminine Guide to Fearless Living’, women are encouraged to embrace their inner, primal abilities. Women are called to stop inhibiting themselves according to simplistic views of gender roles and the outdated tendency to silence female voices.

Leah Steele, A Player in the Fight to ‘Re-wild’ Women

“The feminine has been suppressed for far too long, and it’s time for us to step out of the shadows, step into our power, stop playing small, and really take center stage. And that, to me, is what ‘re-wilding’ means. It means going back to the times of our ancestors and harnessing the real, primal power we had as women. We were the healers, we were the medicine women. We were responsible for caring for our communities and healing our communities. And in those times, our wildness, and sometimes our emotional volatility, and who we were weren’t squashed. We weren’t made to play small. We weren’t told to be quieter or be more ladylike. We were allowed to just be who we are: beautiful, wild forces of nature.”

“Wild women are an unexplainable spark of life,” said Rhonda Swan, CEO and founder of The Unstoppable Branding Agency as well as the lead author of this book. “They belong to nobody but themselves, yet give a piece of who they are to everyone they meet.”

What the ‘Women Gone Wild’ Projects Mean for the Future 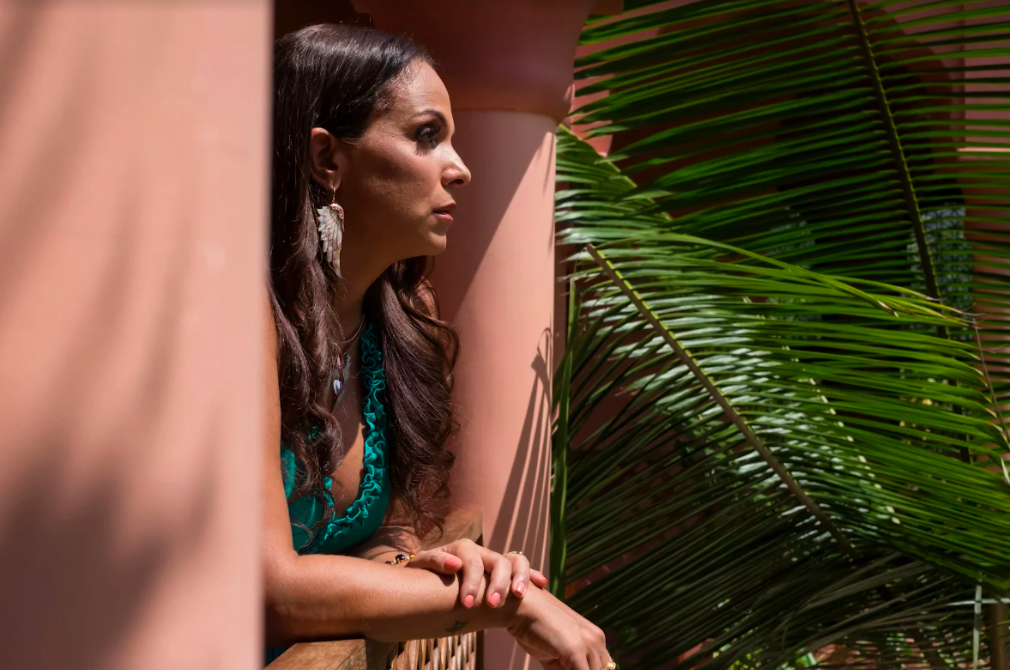 Leah Steele took on the task of writing one of the ‘Women Gone Wild’ book’s chapters. This chapter focused on ‘divine decision making’, a topic geared towards the spiritual. And who better to take on and express the intricacies of such a niche than Leah Steele, the ‘Wealth Witch’ herself?

“I work with, primarily, women, to help them…[step into their] financial sovereignty. I’m so excited about this project because, to me, ‘re-wilding’ ourselves as women is such an important part of the feminine journey.”

Steele has herself gone through the ups and downs just about every female entrepreneur faces. As a mother and wife, she sought financial sovereignty for herself and her family. And although she now enjoys the success of her coaching business, it didn’t come by easily. She had built two businesses prior to this and eventually lost everything. She took risks. She had to be brave, to fight for what she was passionate about.

Female entrepreneurs aren’t typically set up to succeed in the world of business. And this is through no fault of their own; after all, skill isn’t gender-biased. But the system that provides funding, support, and the imposition of social expectations isn’t as kind to women as it is to men.

“I believe that women are the most powerful creators in our collective,” she explained. “And when we are given that ability to just shine as who we were truly meant to be, we have the ability to heal and change the world.”

Reaching Out to Make a Difference for Female Entrepreneurs

Today, Steele intends to help as many women as possible to reclaim their “divine right” to be wealthy in every aspect of their lives through spiritual coaching. And to increase the impact of what she does, she recognizes the need for greater reach.

So, besides her coaching business, The Leah Steele Brand, Steele hopes to reach out to more women seeking encouragement through her chapter in the ‘Women Gone Wild’ book.

“I’m so excited to be a part of this incredible book with these incredible co-authors to get that message of financial sovereignty out to more people, and really share with women my vision for who they can become,” said Steele.

This is why projects like the ‘Women Gone Wild’ book and summit are so essential. There are various ways to appeal to female entrepreneurs. And every person has their own beliefs, their principles. What we need to do is to embrace our collective role to affirm women that they need to recognize their innermost capacity to lead.

“We really have to embrace that incredible power that we have to lead the collective, to raise our children, to create a great impact upon this planet,” Steele emphasized.

A new age has dawned upon us: an age where the women have, indeed, gone ‘wild’. And it’s high time for us all to accept this face, to make this world a better place.