by Kalpana Verma
in Business
0

In the world of people struggling to do something other than their regular 9-5 jobs, we have Dr. Ali AlSaqoby, a legend from Kuwait. That is, besides doing a job consisting of long hectic shifts and on-calls as a fully qualified leading dentist.

He manages to establish his name as a professional football athlete, sport official, entrepreneur, social media influencer and author. While pursuing his multiple career paths, he has never allowed himself to lose command of any of his subjects. In fact, the talented doctor keeps setting new milestones! It is something that separates him from others and declares him a highly successful courageous soul.

Born in Kuwait, Dr. Ali AlSaqoby has established a strong identity for himself in both the offline and online world. He has made big news at a global level due to his extraordinary athletic ability in football juggling skills and also juggling multiple professions simultaneously!

Dr. Ali AlSaqoby is constantly sending strong messages to his followers to pursue whatever they might assume difficult and get out of their comfort zone. Previously stating:

“Life is too short to let a single profession/interest represent you!” You are a human being with infinite capabilities, you just need to discover your passions and never give up

Dr. Ali AlSaqoby is a living example of his quote, as a previous scholarship student that managed his time well to refine his football skills along with practicing in the Leeds Dental School in the UK.

During the time of his studies, the talented athlete had participated in numerous shows worldwide such as Expo Milan where he received a positive response both from journalists and the large crowds gathering for his exceptional performance. He was counted as “one of the most influential individuals in Expo Milan” when he received a gift from the head of the EXPO delegation. 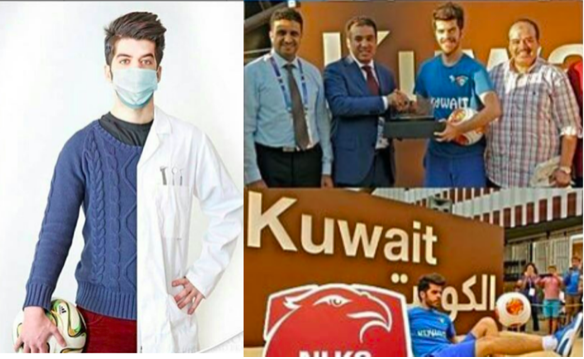 So would performing football skills shows worldwide and being a world class athlete during his period of studies mean that, Dr Ali AlSaqoby would fall behind as a dental scholarship student studying abroad? Ofcourse not! In fact, He received an award as the second most talented student in the UK and successfully received Masters in dental surgery degree to be a leading dentist.

Apart from inspiring his fan base in social media through his excellent work as a dentist and as a football skills player, the charming young dentist displays his lavish lifestyle through his gorgeous selfies and fancy cars that generated millions of views and hundreds of thousands of likes. 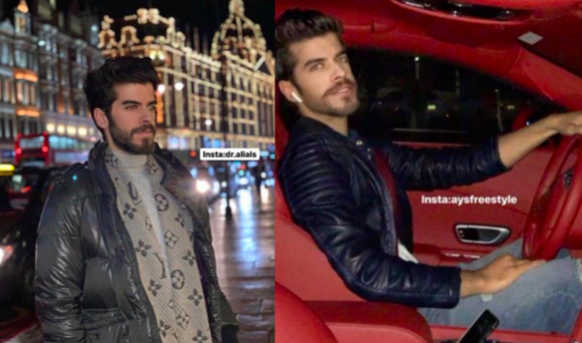 Currently, Dr. Ali AlSaqoby is contributing to Kuwait football by organizing workshops, events, and championships. He is a Kuwait Freestyle President recognized by the World Freestyle Football Association.

Last time, he took part as a judge in the world-renowned championship titled, Redbull StreetStyle World championship’s national qualifier. Using his expertise and knowledge, he picked a winner for representing Kuwait in the world finals that took place in Miami, Florida, US. He is still continuing to revolutionize the sport till this day as a person in charge during the global crisis via holding events online! Unbelievably there is more that this talented Kuwaity man can do, what more? look him up to find out and get inspired!