Pushing the training and fitness industry to its limits, Vaughn Cohen has emerged as a top fitness expert, globally

Vaughn Cohen’s determination and smart-work in training made him achieve great mental and physical fitness.

The fitness and training industry’s rise is almost as huge as the e-commerce industry. The world was less aware of eating habits, taking care of their body, different forms of training, etc. Collectively, the industry boomed as entrepreneurs made people aware and strived to transform people, not just physically but mentally as well. Among them, is a fitness coach from Marbella, who is recognized worldwide for his approach to fitness and training, he is Vaughn Cohen.

Since his childhood, Cohen enjoyed keeping himself fit and developed a liking towards it. He was very aware of the benefits of maintaining fitness levels and his interest in the field kept on piquing. He used to train rigorously with innate passion and commitment. Cohen also endured pain and went through his trials and errors in his workouts over the years, which, at the time didn’t feel serious, but later on, he realized the disadvantages of excessive training. This further educated him about training and fitness and gave him clarity of balancing the workout.

But his passion and determination to keep fit saw him go to great lengths. He exercised at least 3 times, every day, incorporating different types of training. The training did bore an effect on him and he suffered some injuries and a herniated disc. Fitness and training helped him feel alive and his hunger to push his body to limits, made him train at Nick Mitchell’s gyms, Marbella, under the expertise of trainer Elliot Upton. 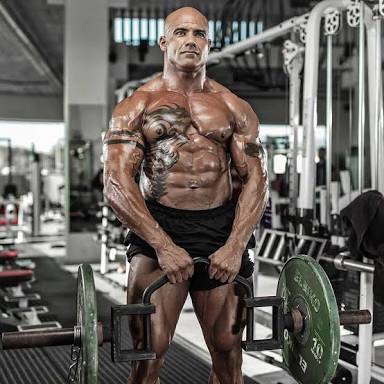 Training under Elliot transformed the way Cohen saw training; he urged Cohen to train intelligently. He made him understand the importance of smart-work rather than hard-work. He devised a routine that focused on muscle working, structural balance, and form. These insights enlightened Cohen and he lauded the skills that Elliot bestowed upon him.

Cohen then trained intelligently and influenced people to do the same. He curated plans that gave him a healthier future. His expertise in training and fitness inspired many young trainers to train sensibly. He became an influential name in the fitness industry of Europe, and then internationally.

Vaughn Cohen’s desire to be fit physically and mentally helped him get exceptional recognition as a fitness expert across the globe.

The Basics of Pool Maintenance

The Basics of Pool Maintenance